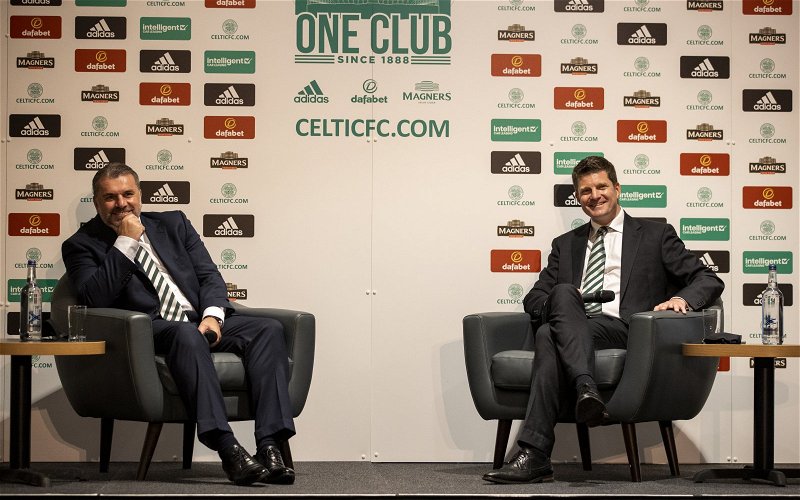 Ange Postecoglou has delivered a cryptic message as he starts to get to work with the players that he has brought in to Celtic.

Over the last 10 days Liel Abada, Kyogo Furuhashi and Carl Starlet have been signed with Abada making a scoring debut in the 1-1 draw against Midtjylland.

Most Celtic fans would be looking for at least six new signings to balance up the numbers from last season but so far it has been slow progress with Postecoglou in the job 42 days.

?? “Things will happen more quickly if people believe in me as a person”

Who that comment is aimed at is unclear. It could be the club hierarchy, the players or the fans but without any of his own assistants he could clearly be doing with additional support inside the club.

Right-back is an area where we don’t have a lot of depth at the moment so that is one of the key areas but there are other positions that we are still looking for players.

Tony Ralston and Lee O’Connor seem to be the only current options at right-back but the young Irishman wasn’t listed in Celtic’s squad for the Champions League tie against Midtjylland.