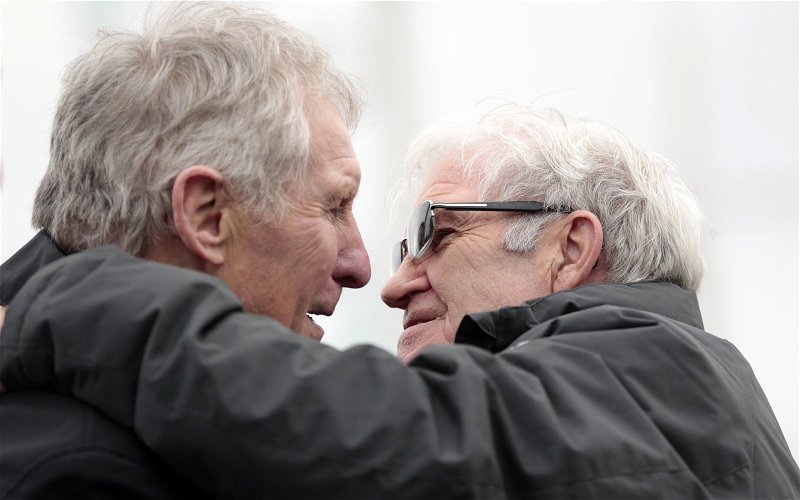 The Green Brigade has paid their respect to Bertie Auld with a mural displayed somewhere in Glasgow.

Yesterday it was announced that the former Celtic midfielder had died at the age of 83 with social media awash with tributes to the larger than life character.

Auld enjoyed two spells as a Celtic player with the second, from 1965 to 1971 the most celebrated in their history.

Auld went on to serve Hibs, Partick Thistle and Hamilton Accies, he gave 100% and more to those clubs but remained at his best in the company of Celtic supporters.

Before the pandemic he was a regular at Celtic Park, proudly wearing his club blazer and tie and always with time for a word with fans as they asked for an autograph or picture.

Fans have been leaving messages at the main entrance to Celtic Park since news broke with a tribute to the Lion expected at Hampden on Saturday when Celtic take on St Johnstone in the semi-final of the League Cup.