Auld rivals to meet up in the Bertie Final 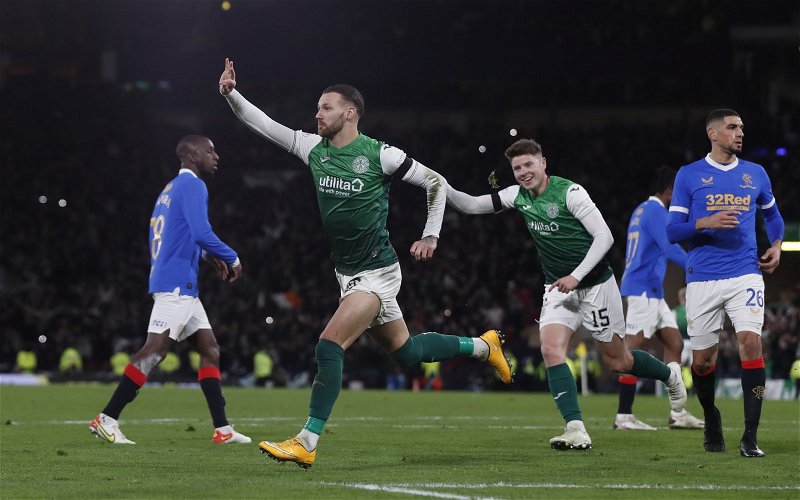 Two of the clubs graced by Bertie Auld will face each other in the final of League Cup on December 18.

Yesterday Celtic booked their final place with a 1-0 win over St Johnstone with Hibs following them into the final with a 3-1 win over Dave McCallum’s Ibrox side.

A first half hat-trick from Martin Boyle stunned two thirds of Hampden into silence but the Hibs fans had barely stopped celebrating Boyle’s third when Scot Arfield pulled a goal back in the 38th minute.

Hibs defended resolutely through the second half, restricting Alfredo Morelos and Co to scraps and half chances as they tried to find a way back into the match.

Jack Ross’ side had lost four matches on the bounce going into today’s match but can now look forward to a Hampden date with Celtic next month in the Auld Cup Final.

Hibs host new boss Giovanni van Bronckhorst’s side next Wednesday in the SPFL, Celtic and Hibs will also face each other in the league on December 29.