BBC Scotland has decided not to report on Charlie Adam being arrested over a road traffic offence at 4.25am on Monday morning.

The incident is covered prominently in the Daily Record, The Sun and the Courier.

In total 13 stories have been picked up for the Gossip round up on the BBC Scotland website but one featuring a regular pundit on BBC radio and television programmes has escaped their attention.

Normally the Gossip round up also shows back pages from a couple of newspapers but none are featured today although Ross County fans will be pleased to be informed defender  Alex Iacovitti will be out of action until January. 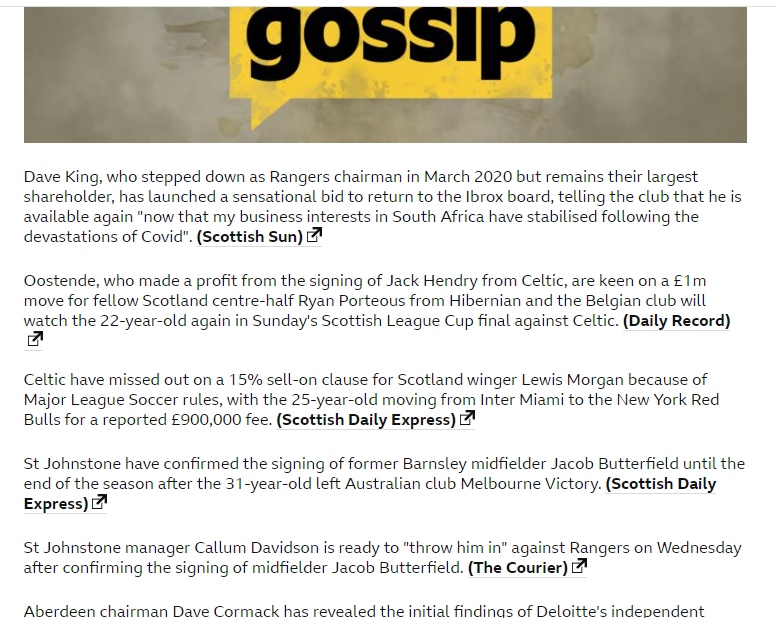 Charlie Adam facing possible jail term after Dundee police charge him with being drunk in charge of this pullover pic.twitter.com/NRKRaLZ4Lb

Dundee captain Charlie Adam has been arrested and charged on the suspicion of drink-driving.

The former Liverpool, Rangers & Scotland midfielder is alleged to have hit a tree in the early hours of Monday morning.