Shamed Charlie Adam is arrested after 4.25am incident 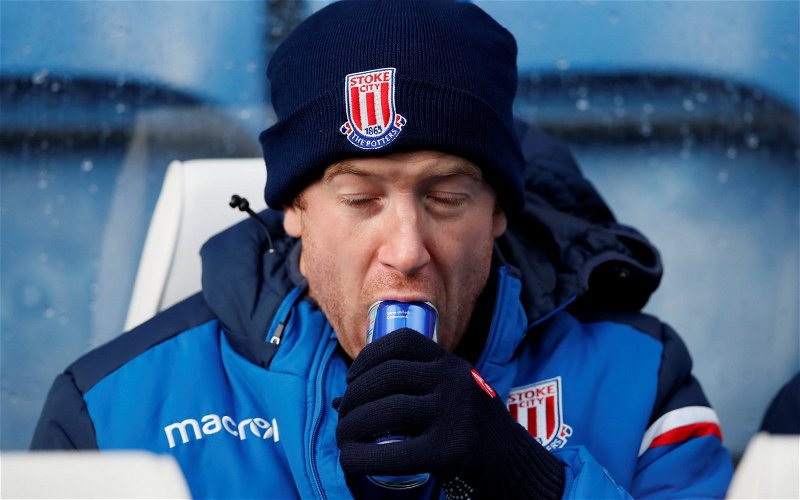 Charlie Adam has been arrested on suspicion of drunk driving after his car struck a tree.

The Dundee skipper has developed a lucrative career in the media, last week he was challenging the Green Brigade to hold a silent protest at the League Cup Final against Hibs rather than home matches against Real Betis and Motherwell.

Adam has developed an unhealthy obsession with anything Celtic related despite being on the payroll of another SPFL Premiership club.

BBC Scotland and PLZ Soccer hosted  by Peter Martin and Alan Rough are among the Dundee captain’s regular pay-days away from trying to survive beyond the hour mark in football matches.

On Saturday he only lasted 13 minutes before being substituted in the 3-2 defeat from Ross County which leaves Dundee two points above bottom placed duo St Johnstone and Ross County.

DUNDEE captain Charlie Adam has been arrested on suspicion of drink-driving after his car allegedly hit a tree.

The footballer is believed to have been travelling on the Dundee to Broughty Ferry road when the incident happened at 4.25am on Monday.

Pictures from the scene show a damaged tree trunk and what looks like a motor part. Adam – who turned 36 on Friday – was arrested and charged. A report will be sent to prosecutors.

A local who lives near the scene said: “I heard a loud bang outside and then silence. I didn’t think much more of it because you hear cars going up and down that road all the time.

“It wasn’t until the next morning I noticed a big gouge out of the tree. I was just hoping no one had been hurt.”

It is believed that Adam was identified by dental records.