Ange has good news and no news on Jota 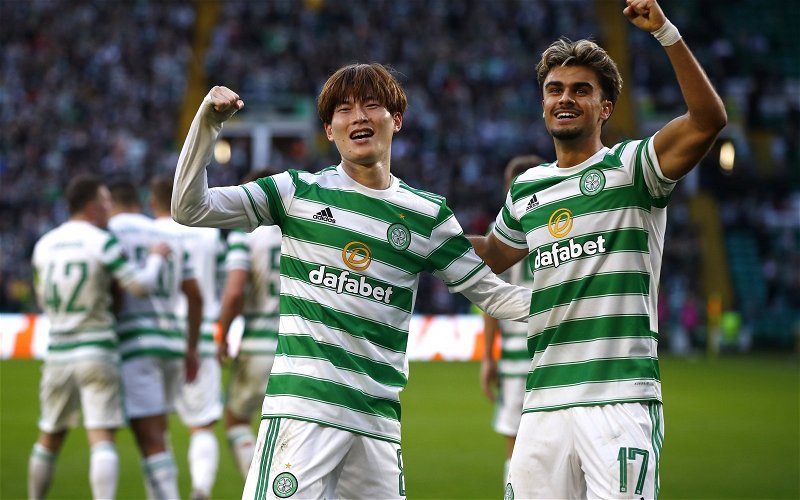 Ange Postecoglou will soon have Jota available for selection but there is no real progress on making his move to Celtic permanent.

The winger has had a major impact since he arrived on loan from Benfica at the end of the summer transfer window- creating and scoring goals at home and in Europe.

A hamstring injury against Hearts on December 2 brought his season to a halt with a notable drop in Celtic’s performances without the 22-year-old winger.

Earlier today Celtic teased fans with pictures of Jota back training with the first team with his short and medium term prospects featuring in Ange Postecoglou’s media conference.

On Jota’s fitness and return to action:

It’s good to have him back. He was out medium-to-long-term but he’s rehabbed really well.

He joined in team training today. We’ll see, he won’t be far off. If it’s not Monday, he’ll have the next couple of weeks to be available. He feels really good.

On talks with Benfica over a permanent deal:

Nothing significant has happened and I don’t think anything significant will happen in the short term. Our main focus is to get him back playing and playing well and hopefully having a big second half to the season.

He started really well for us then had the injury setback so it’ll just be great to get him back on the field and performing. In terms of beyond this year, that will take care of itself at the appropriate time.

After Monday’s game against Hibs there is an 11 day wait until the next SPFL Premiership match away to Hearts, with or without Jota Alloa Athletic shouldn’t offer too much difficulty in the Scottish Cup.

In the last match of 2021 Postecoglou’s squad was very stretched in the 3-1 win at St Johnstone but on Monday night there will be some big decisions to be taken with the introduction of five substitutes from nine easing the selection issues.