Kris Boyd has called on Ian Bankier to force through the implementation of VAR to bring Scottish football in line with the major European leagues.

Celtic fans have called on Bankier to discuss a number of issues without any success, it is unlikely that the comments from the former Kilmarnock striker will result in the veteran hoops chairman demanding action and answers from the SFA and SPFL.

VAR featured very heavily in Thursday’s Europa League tie at Ibrox, every weekend and in almost every top flight game there are similar contentious decisions that are left to the eyes and instinct of match officials to decide on.

Since the start of the 2018/19 season VAR has been in use in the EPL. All of the major UEFA leagues are now using the tool while Scotland has stood back, delayed and debated how they can bring it in for no more than six fixtures at the same time.

VAR was used at Hampden during last year’s European Championships and at Celtic Park and Ibrox this season in Europa League matches- then packed up and put away for domestic games.

Refs have always been under enormous pressure in Scotland and it doesn’t help when you have high-profile figures making their life even more difficult.

Celtic chairman Ian Bankier played to the crowd when lambasting officials at the recent AGM.

Having been a big noise in the whisky industry I’m sure Bankier would have had ‘deep concerns’ if his firms were operating without the best of equipment.

VAR should be a vital ingredient in Scottish football just like malted barley in a single malt.

Bankier certainly wasn’t playing to the crowd at the Celtic AGM, he was questioned, firstly to Financial Fair Play by this author and made it clear he didn’t want any follow up questions. I had a list of 15 that would have made the Celtic Chairman uncomfortable.

I followed up by asking him a question about Nick Walsh being appointed for the League Cup semi-final against St Johnstone, Bankier was very uncomfortable when asked about Bobby Madden awarding 27 fouls against Celtic at Aberdeen in October when the Dond only had 39% possession. At that point he mentioned deep concerns over referees.

There has been no public comment from Bankier or anyone inside Celtic about referees or bringing in VAR. Michael Nicholson, appointed as CEO in September hasn’t made any comment on anything other than commitments around the AGM and attending two Fan Forums. 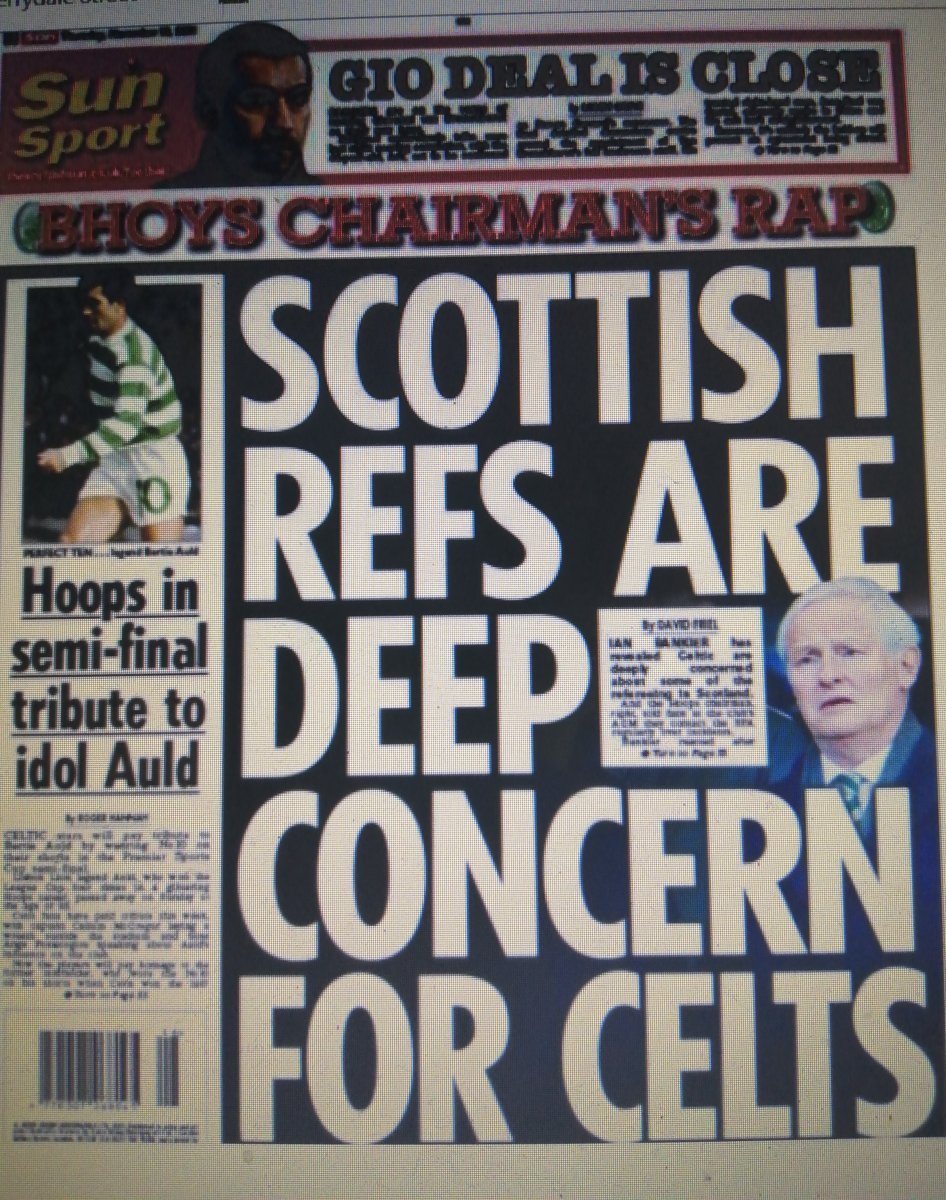