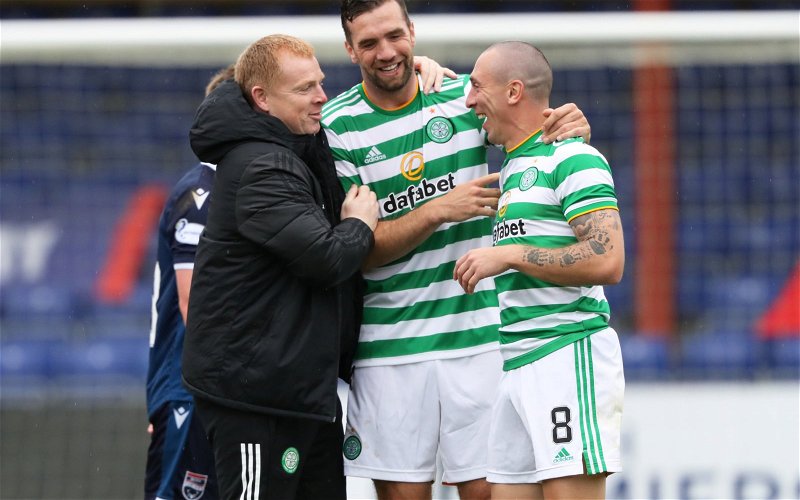 Like almost everything during season 2020/21 Shane Duffy’s time at Celtic is one that most fans would rather forget.

Brought in on loan after another Champions League failure the Brighton defender was expected to bring leadership and a ruthless streak to the Celtic defence.

Unfortunately he found himself dropped in on Lockdown with an unhappy dressing room where a number of key players were looking to get out.

After a steady first month at Celtic the wheels came off spectacularly for both player and club, four successive home defeats in the autumn were followed by a disastrous trip to Dubai followed in February by Neil Lennon’s belated resignation.

Other than winning a Scottish Cup medal virtually nothing worked out for Duffy but back at Brighton this season he has got his career back on track.

On holiday he has caught up with Ryan Christie and Kris Ajer who he could be playing against next season in the EPL- next month he could be up against Christie and Greg Taylor when Ireland host Scotland in a Nations Cup tie.