Will never understand- Scott McDonald’s message to the Celtic outsiders 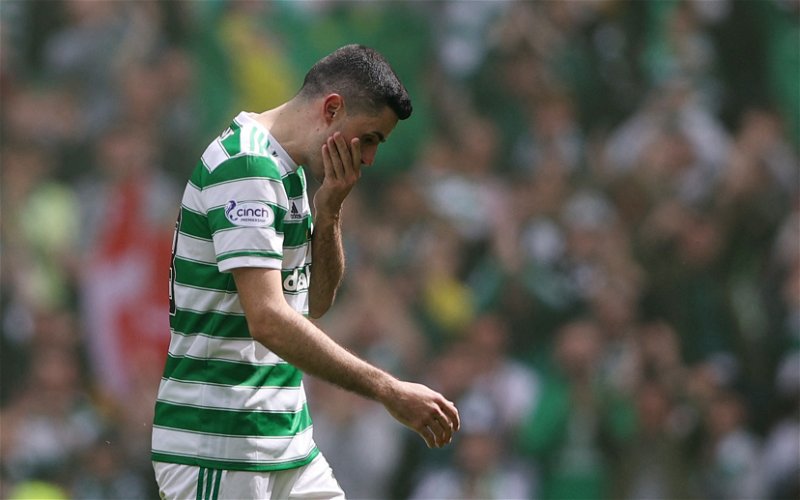 Scott McDonald watched an Aussie themed Celtic party from the other side of the world as the memories came flooding back.

Under Gordon Strachan in 2008 the little striker teamed up with Jan Venegoor of Hesselink to deliver the goals that led to an emotional title win at Tannadice just days after the funeral of Tommy Burns.

There was a different type of emotion in the air today- with the title secured there was no chance of any drama but Tom Rogic’s final appearance as a Celtic player was emotional on and off the pitch.

Over nine and a half years the midfielder has provided Celtic fans with many incredible goals and memories, his last gasp winner against Aberdeen in the 2017 Scottish Cup Final will go down in history as one of the most historic goals ever scored.

His last Celtic goal was pretty worthwhile as well, at Ibrox last month as Celtic doubled their three point lead at the top of the SPFL Premiership table.

People unassociated with @CelticFC will never understand the enormity of what it feels like to be apart of the celtic family. When you leave a part of you goes with it But you will always be apart of it. HH @Tom_Rogic ?#historymaker

As the son of Scottish parents McDonald made his way back to Scotland, moving from Motherwell to Celtic where he scored a dramatic winning goal against AC Milan, in the Champions League and also domestically.

Whatever else you do in your career is dwarfed by Celtic achievements, wherever he goes in the world Skippy will always be introduced as a former Celt. Sadly, from tomorrow that tag now also applies to Rogic, a 21st century great at Scotland’s most successful club.