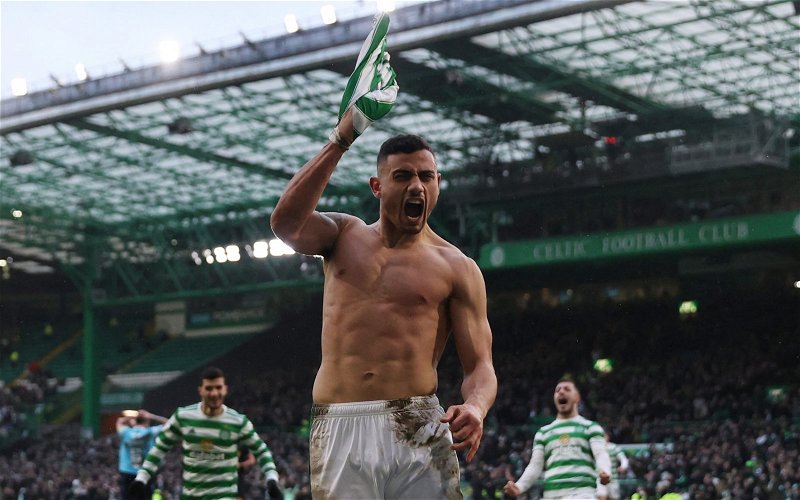 Having failed miserably with their initial deep and thoughtful approach to building a subscriber base, The Celtic Way has turned to ClickbaitCentral.com in a bid to justify itself to Newsquest, publishers of The Herald, Glasgow Times and The Rangers Review.

A year on The Celtic Way is struggling to find a way to attract an audience but a raft of young social media savvy writers and some ridiculous storylines should see a spike in traffic although increased subscriptions, at just £1/month are unlikely to follow.

Yesterday subscribers and casual viewers that know their way around a pay-wall were presented with the case for selling Giorgos Giakoumakis!

For three years Celtic stumbled on with one striker- Odsonne Edouard. Leigh Griffiths showed up now and then but Vakoun Bayo, Patryk Klimala and Albian Ajeti (all Lawwell Projects) failed spectacularly.

Ange Postecoglou was faced with selling Edouard as soon as he took charge of Celtic. Despite that handicap and the complete failure of previous recruitment campaigns the new boss sold the Frenchman and brought in two replacements while turning over a PROFIT!

On that basis Juco James wants Giakoumakis sold and two stats based wizards signed up to keep the club bank account comfortably in the black while assuming that the new strikers will match or surpass the goals of GG.

The author of this piece has previous- on record he has explained why Vasilis Barkas is better than Joe Hart.

Yesterday’s stats from Google Analytics will bring a smile to the Newsquest Accountants, increased subscriptions to The Celtic Way, masterminded by Jonny McFarlane are unlikely.

Should Celtic be more open-minded about a Giorgos Giakoumakis transfer? ?

Mortified for all involved in this article

A true world-class effort in a competitive field of dogshit takes. Clueless.

Ridiculous to even suggest it

A football article with things like ‘a good portfolio manager’ and references to the property market. Naw. Just naw.

That’s exactly what they’re trying to do, who’s behind them? They’re not friends of ours, block.

Editor in chief of The Celtic Way, Jonny McFarlane.