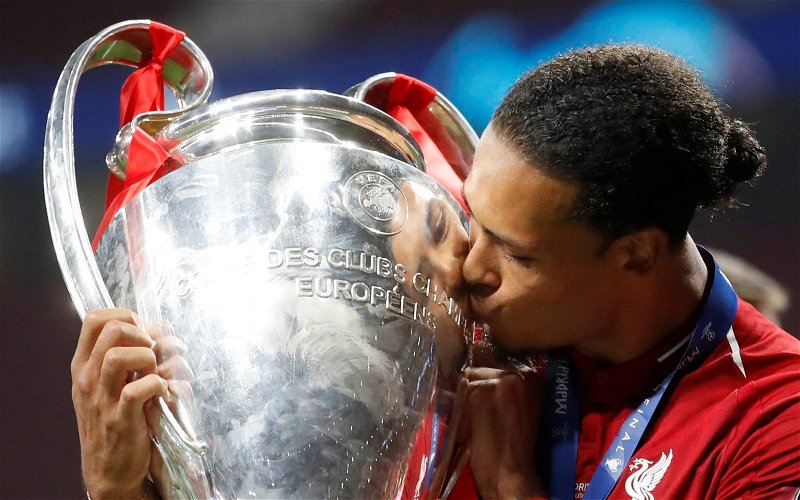 Kenny Miller is tipping Alfredo Morelos to leave Virgil van Dijk as a quivering wreck at Anfield on Tuesday night.

Liverpool might be having a shaky start to the season but there are some levels that they’ll never go near.

Van Dijk remains more than just the rock in the centre of defence, he provides the side with inspiration and reassurance. Other areas of the team appear unstable, Mo Salah hasn’t hit the heights to justify his new salary, their midfield isn’t functioning and £64m signing Darwin Nunez has yet to find his Benfica goal touch.

The Daily Record makes its return to the Ibrox media tent

Back-to-back games against the Ibrox Tribute Act gives Liverpool the perfect opportunity to get their season up and running, anything less than six points and they could be looking at elimination from the Champions League.

Jurgen Klopp will be thorough in his preparations but the performance of his own team will e causing him more concern than a scowl faced Columbian who has gone 10 transfer windows without a sniff of genuine transfer interest.

Not according to Miller however. He once shared a pitch with van Dijk at Hampden, the 24/7 media pundit believes that Morelos is just the man to shake up the former Celtic defender even though it will be a non-Scottish referee in charge at Anfield.

Looking at Van Dijk in the Daily Record, Miller writes:

Right now, there’s not too many players in the world who will trouble him. And on Tuesday night, that will be the task facing either Alfredo Morelos or Antonio Colak when Rangers go into the Champions League Battle of Britain at Anfield.

Who would van Dijk rather face? He won’t be fazed by anyone playing up front for Rangers. Colak scored twice against Hearts at Tynecastle but Morelos also netted after coming off the bench and will give the Dutchman more to worry about.

Knowing Alfredo, he’ll probably thrive on that. He’s more mobile, more physical and more aggressive than Colak. He works a back-line better, he presses harder and he’s got an obvious goal threat.

Despite van Dijk’s class, Morelos can get under his skin. He’ll be thinking, ‘Who is this guy banging into me and snarling in my face?’ But that’s Morelos, that’s his game. And that’s why I hope Giovanni van Bronckhorst goes for him up top.

If Morelos gets to start on Tuesday he’ll be lucky to last 20 minutes if he tries his usual game, the one much loved and ignored by John Beaton, Nick Walsh, Bobby Madden, Kevin Clancy and the usual pool of Scottish officials.