November 23 is a very early start to the January transfer window.

Most Celtic fans have still to get started with the Christmas shopping but since he arrived at the club Ange Postecoglou has demonstrated that he is thinking a few steps further down the line than most others.

With the World Cup break not yet a fortnight old the Celtic boss has completed his first deal of 2023 with Yuki Kobayashi announced as a confirmed signing this morning. 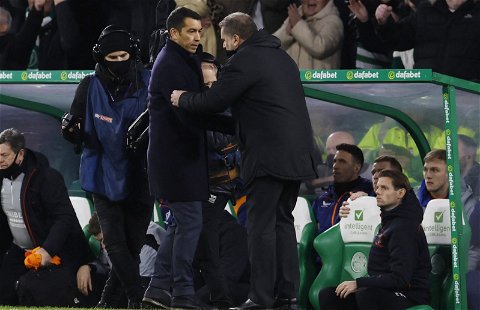 Signed onto a five year contract it is a huge act of faith by Postecoglou but the J-League is one that he knows better than most with Kyogo Furuhashi also signed from Vissel Kobe.

Central defence has seemed like an area of the squad that the Celtic boss hasn’t been fully comfortable with, Moritz Jenz was signed on loan but from January there will be a second left sided option to play alongside Cameron Carter-Vickers.

We’re really pleased. Yuki is someone that we’ve been following for a while and it was a great opportunity to bring him in. He’s a left-sided centre-back, and they’re hard to find.

He’s still young but he’s already had three of four years of senior experience and he’s really keen to come across and test himself in Europe.

I think we saw last year that bringing in guys nice and early gives us the opportunity to bed them in, in that six-month period of the second half of the season, and we’re really looking forward to having him as part of the group.

He’s at a really good age where he’s already had some great experience but with great potential ahead of him.

He’s a good young man who wants to have a real crack at it here in Europe and for us it’s a great opportunity to invest in a young player again.

Last January Postecoglou set a very high benchmark in the transfer market but the Celtic boss sounds very pleased with the first piece of business in the 2023 window.