Brown delighted to have secret weapon for Ibrox 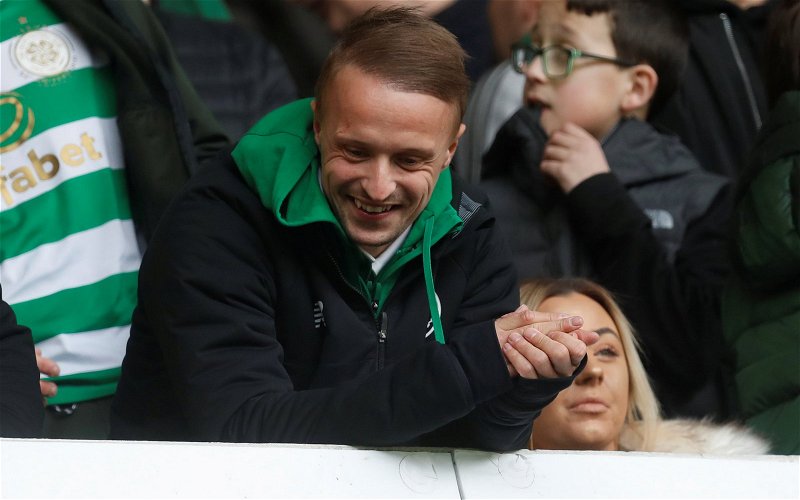 Scott Brown is delighted to have Leigh Griffiths in the Celtic squad for Ibrox.

The striker has been in fantastic form since the turn of the year after 2019 was virtually a write off in his career.

It’s almost three years since Griffiths played at Ibrox; when Odsonne Edouard curled in a brilliant winner in March 2018 he was sitting behind the goal with fans- last season Celtic went into the fixture with Mikey Johnston as Centre forward in December then Oli Burke six months later.

Edouard took on Connor Goldson and Nikola Katic on his own at the start of the season but on Sunday he seems certain to have a strike partner to take the game to Steven Gerrard’s defence.

There was no guarantee that Griffiths would rediscover his form but on the back of his hat-trick against St Mirren he goes into the fixture in top form.

“He has been fantastic since January,” Brown told The Sun. “He still has to work hard and he still has a bit to go, which he knows himself but for everyone it is great to see a natural finisher on the park.

“We know how good he is and we want to see him on the park for Celtic and Scotland. His link-up play with Odsonne Edouard has been fantastic.

“One goes long, one comes short and then we are seeing their wee one-twos around the corner to each other. They are both unselfish when it comes to goals.

“They will have a wee competition I’m sure, because all strikers want to score, but if it is an easier pass for Odsonne to play in Griff or vice-versa, they do that.”

For the first time this year Neil Lennon has had the luxury of a clear week of training between matches with Olivier Ntcham and Jozo Simunovic his only injury concerns.