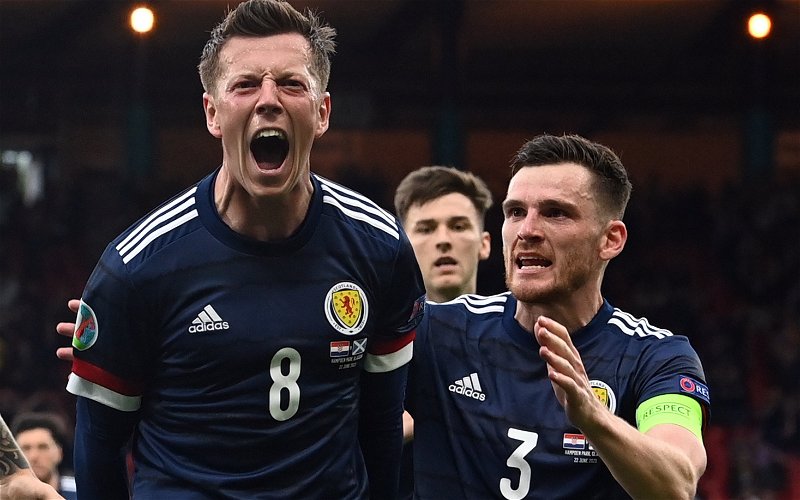 Ange Postecoglou’s Celtic plans can move a step forward with the early return of six internationalists from the European Championship.

A brilliant strike from Callum McGregor a few minutes before half-time wasn’t enough to bail Scotland out as they crashed to a 3-1 home defeat to Croatia.

McGregor was the only Celt to be involved tonight with David Turnbull, James Forrest and Ryan Christie on the bench. Greg Taylor and Jack Hendry watched from the stand at Hampden.

With Celtic facing Midtjylland on July 20 the internationalists can have a fortnight off before joining starting some pre-season training in time to face the Danes.

The hoops have three friendlies arranged in Wales before hosting Preston North End on July 17.

Whether Christie or Hendry remain at the club is up for debate but McGregor’s performances against England and Croatia illustrated the quality that the midfielder possesses.