Wham! Jota puns are out in force as loan bhoy proves I’m Your Man 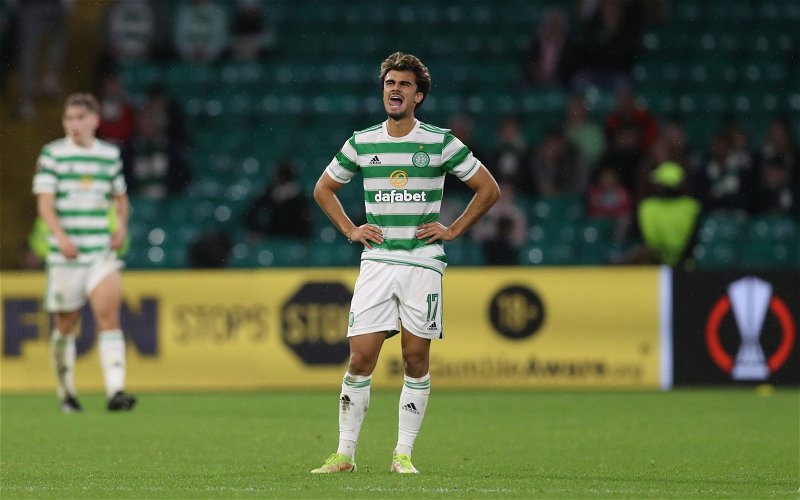 An 84th minute goal from Jota against Aberdeen gave Celtic fans something to celebrate as the loan signing from Benfica delivered a late winner at Pittodrie.

It was a badly needed goal after Ange Postecoglou’s side had taken just one point from their two previous SPFL matches.

There was good build up play down the left with Adam Montgomery providing the perfect delivery for Jota to drill his shot into the net.

If only some would have ‘Faith’ ?

Jota had started the match on the left but when Liel Abada was substituted he moved to the opposite flank and proved just as effective.

In the first half he sent a shot against the crossbar but there was no repeat of last week’s miseries against Dundee United when the hoops hit the woodwork three times.

After a busy start to his time in Glasgow Jota can enjoy some free time this week with the remaining October fixtures hugely important if Celtic are to mount a title challenge.