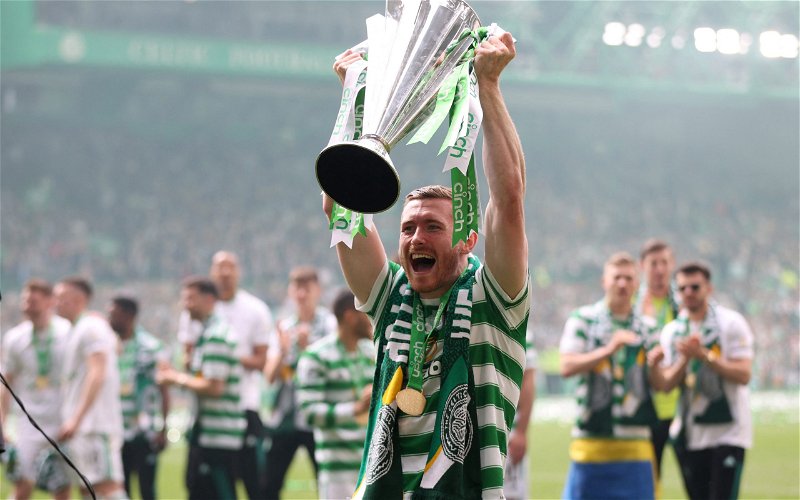 Every SPFL Premiership winners medal has to be earned but not many players have worked as hard as Tony Ralston has for his.

Loan spells at Dundee United and St Johnstone hadn’t really progressed his career but the management of Neil Lennon was probably a greater factor.

Last season was bleak for most folk but with just one appearance to his name Ralston had to watch Jonjoe Keny replace Jeremie Frimpong in the Celtic team with little sign that the club would take up the 12 month option on his contract.

Suddenly last July things changed as Ange Postecoglou discovered that the problem position at right-back wasn’t quite the issue he perhaps thought.

Lee O’Connor and Osaze Urhogide were tried out in pre-season but Ralston’s got the nod for the serious action, he was outstanding in the Champions League exit away to Midtjylland then followed that with goals against Hearts and Dundee in the opening SPFL matches.

The signing of Josip Juranovic inevitably brought competition to the side but starting 25 of the 38 SPFL matches is quite an achievement- 24 more than he managed the previous season.