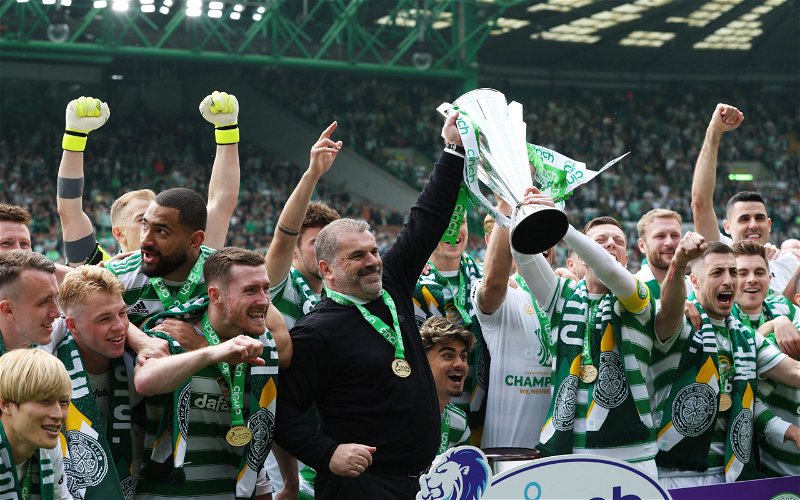 Five out of seven Radio Clyde experts are tipping Celtic to lose the SPFL Premiership title this season.

Despite charging to the title last season with 15 wins and 3 draws from the turn of the year the hoops haven’t done enough to impress the star names at the Clydebank based radio station that they can retain the crown.

Mark Wilson and sports reporter Andrew McLean think that Celtic will win the title but the big hitters of the airwaves are all expecting the trophy to be at Ibrox in May.

One appearance Celt draws incredible praise out on loan

Celtic set to be backed by massive away support

We got some of your favourite Superscoreboard & Clyde 1 team members to give some predictions for the new Scottish Premiership season… ??

What’s your prediction for this season’s Scottish topflight? ???????? pic.twitter.com/Uianwa56AI

Hugh Keevins leads the way to Ibrox on the bizarre notion that there is some sort of pass the parcel game going on to be champions of Scotland. With 10 of the last 11 titles being won by Celtic it seems to be a very lopsided game that the Clyde veteran has been watching in recent years.

Andy Halliday, Gordon Dalziel, Steven Mill (who hosts a podcast with Ewen Cameron) and Roger Hannah all go along with the Keevins verdict, sharing their reasoning on video with Hannah tipping John Souttar as an unlikely Player of the Year.