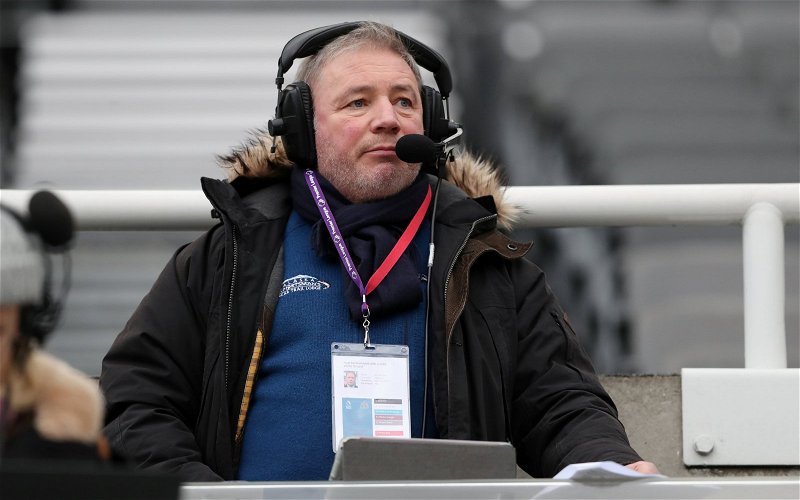 After claiming that Scott Brown should be really embarrassed for smiling and laughing during Tuesday’s draw with Sevco Ally McCoist is back to his wise-cracking, knee-slapping best.

The most used pundit in the business wasn’t looking at his best when he joined Chris Sutton for Scottish Football Extra on BT Sport.

Since Tuesday night all sorts of paranoia has been spouted by Ibrox fans as they come to terms with seeing a player sent off by a Scottish referee for the first time in 25 months.

Late this morning Sky Sports were handed the dossier on Kevin Clancy with the match referee public enemy number 2 behind Dons captain Brown.

Given a couple of days to come up with a gag about Brown and Clancy, Coisty didn’t disappoint with his latest cheeky jibe.

I thought that Kevin Clancy had a poor game and in terms of officiating the game I thought that his nephew Scott Brown had a particularly good game.

Humour at its sharpest, cutting edge banter from the guy that signed Kevin Kyle and Ian Black.

Here is Kevin Clancy not giving Celtic a penalty to Scott Brown or sending off Flanagan for elbowing Scott Brown in the face, during a Celtic v Rangers game.

I’m sure it was mentioned during the ‘talks’ pic.twitter.com/19s0CtAhpU