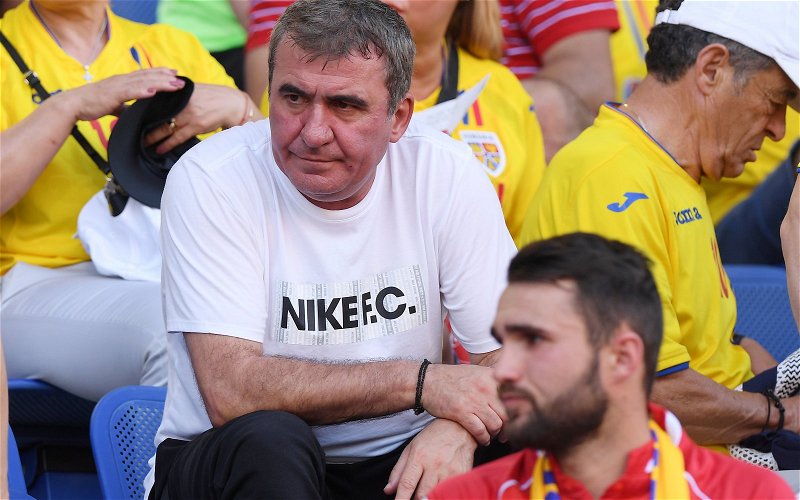 Drawing a random player out of a hat, adding random foreign club then linking them with a swoop or keeping tabs for a fee recently paid for a Celtic player seems to be the magic formula to reassure their army of readers of the quality of stars at Ibrox.

During the summer transfer window there wasn’t a single offer in seven figures for any of Steven Gerrard’s players despite the distress signals sent out after losing to Malmo in the Champions League qualifiers.

Like Alfredo Morelos speculation about Ianis Hagi is never far away, with the source likely to be from their homeland. With chunky Alf a Colombian radio station is usually good for a link to Porto, in Romania the Hagi Media Centre churn out exotic tales about interest in Gheorge’s boy.

Hagi is apparently a £17m target for Roma who aren’t put off by his brief stay at Fiorentina five years ago which consisted of 48 minutes of action before a quick return home to play for his Daddy’s team Viiturol.

Genk were next to bite, shelling out £6m in 2019 for a famous surname. After six first team starts the boy wonder was sent on loan to Ibrox where the deal became permanent for a bargain £3m. Genk used that fee to sign Eboue Koussi.

There is unlikely to be much follow up to the Hagi tale but links to Borna Barisic and Alfredo Morelos are expected soon.

The key part of this nonsense story is “it remains to be seen wether there’s any truth in this story”????

Hahaha 1 half decent game the other night and he’s now off for £17 million ?he will go missing for months now like Ryan Kent does.

Can’t sell anyone it seems

Gruffalo will be upset he’s the mullions man

A grain of salt ? pic.twitter.com/znm5cHIgvr

If your club are ever able to stand on their own 2 feet, without the assistance of soft loans converted into confetti, I’ll personally commission a trophy & award it accordingly.?

How come players that don’t play are more highly thought of ?