Colombia make Morelos announcement but when will he be back in Scotland? 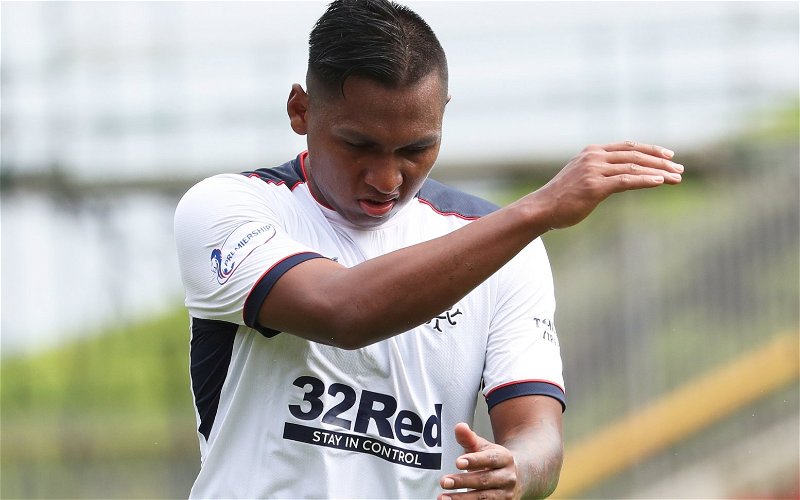 Injury has forced Colombia to drop Alfredo Morelos from Tuesday’s World Cup qualifier away to Venezuela.

The striker travelled from Scotland last Sunday but was left out of the squad that beat Bolivia 3-0 late on Thursday to retain outside hopes of securing a place in the World Cup Play-Offs.

The technical and medical staff of the Colombia Men’s Senior National Team informs that, after carrying out medical examinations on player Alfredo Morelos, a muscle injury in the left thigh was confirmed, which prevented him from participating in the previous match against Bolivia and likewise does not allow him to participate in the next match of the Qualifiers for the FIFA World Cup Qatar 2022.

For this reason, the striker is called off to start his recovery work. We wish the player a good return to his club.

Now the big question is whether Morelos decides on a rapid return to Scotland or to stay on in Colombia for treatment on his injury and enjoy some home comforts.

After playing for 15 minutes at the Copa America last season the former HJK Helsinki starlet enjoyed an extended break before returning to Scotland too late to play in the Champions League qualifier away to Malmo. At one stage Steven Gerrard admitted he didn’t know when the striker would be back at Murray Park.

Colombia played Peru on 10 July in the 3rd place Play-Off.

Alfredo Morelos OUT for Rangers Champions League clash as Steven Gerrard’s side fly to Malmo without star strikerhttps://t.co/RfW5evhFHi pic.twitter.com/dXCyOK5I4S